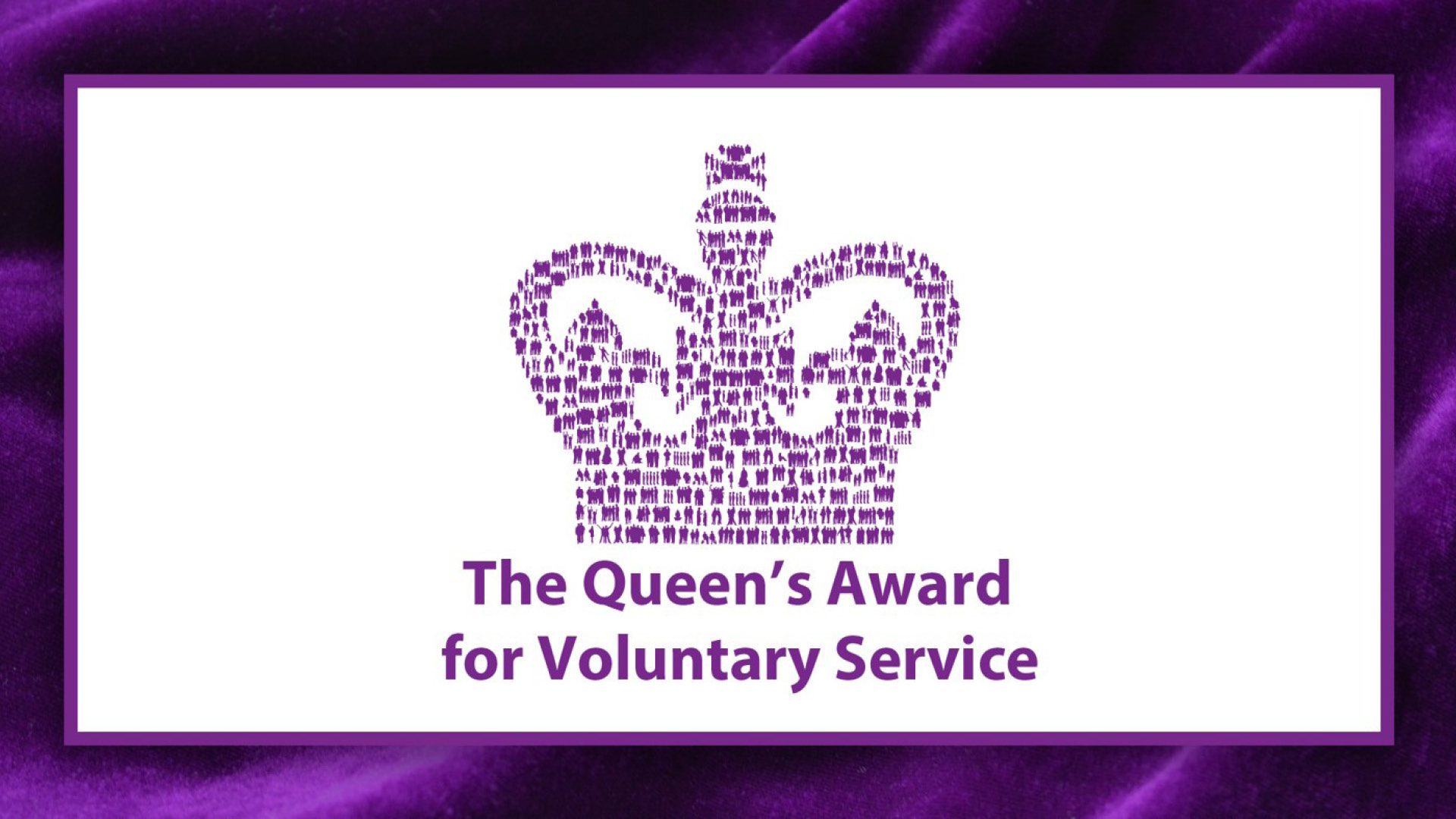 Balloons, a small, local charity and their dedicated group of volunteers based in Devon has been honoured with the Queen’s Award for Voluntary Service, the highest award a voluntary group can receive in the UK.

Balloons provides pre- and post-bereavement support to children and young people when they lose someone they love. Most of their work is when Mum or Dad dies or brother or sister dies. A team of 50+ volunteer Grief Support Workers, who are trained and supported by the Balloons staff team, work one to one with bereaved children and young people, helping them to process their loss and cope with their grief.

‘I love my volunteering with Balloons, and we are honoured to be one of the voluntary groups to receive the prestigious award this year. It is fantastic to have our volunteering efforts recognised in this way’

The Queen’s Award for Voluntary Service aims to recognise outstanding work by volunteer groups to benefit their local communities. It was created in 2002 to celebrate the Queen’s Golden Jubilee. Recipients are announced each year on 2nd June, the anniversary of the Queen’s Coronation.

Representatives of Balloons will receive the award from David Fursdon, HM Lord-Lieutenant of Devon, later this summer. Furthermore, two volunteers from Balloons will attend a garden party at Buckingham Palace in May 2021, along with other recipients of this year’s Award.

Notes to editors
1. Lord Lieutenants represent the monarch in each of the UK’s ceremonial counties.
2. This year there were 230 recipients of The Queen’s Award Voluntary Service from across the UK. More information on the recipients and the Award can be found at https://www.gov.uk/queens-award-for-voluntary-service
3. Any group of two or more people that has participated in voluntary work for more than three years can be nominated for the award. Full details on how to nominate are available at https://qavs.culture.gov.uk/
4. Nominations for the 2021 awards close on 25 September 2020.

Balloons staff and volunteers were interviewed by BBC Radio Devon,... 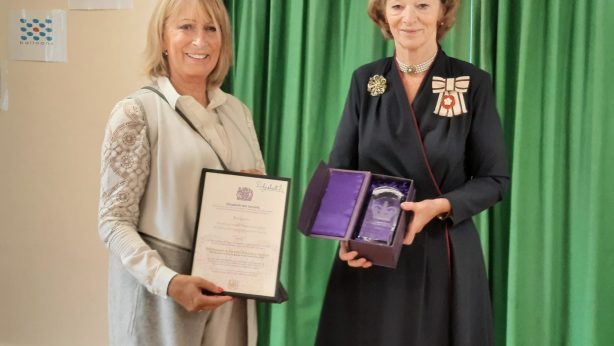 In June of last year we were honoured to be...

I joined Balloons as Chair of the Board of Trustees in June 2019.  I am an experienced international business leader and consultant having worked for a variety of global firms specialising in defining strategy, organisational alignment and building international capability.  I am a Fellow of the Chartered Institute of Personnel and Development and have a postgraduate diploma in HR management.

I have worked with the charity Pilotlight since 2009. This charity matches business leaders with small UK charities to work on their strategy plans.  It was with Pilotlight that I first met with the staff and Trustees of Balloons.

I live in West Dorset with my wife and have 3 grown up children.

I am a Community Hospice Nurse. I was born and brought up in Devon and I am married with four children and eight grandchildren. In 2006 whilst working on an Oncology ward, I helped to set up the charity along with another colleague and have been a Trustee since then. I have a particular interest in pre-bereavement work. During the last ten years I have volunteered in many resource-poor countries, working alongside palliative care providers sharing knowledge and best practice.

I was born in Essex and relocated to Devon 24 years ago. My association with Balloons started in 2005 after I lost my wife to cancer, she was just 39. Being left with my 2 girls then aged 8 and 10 was a very daunting prospect, my wife (Angie) and I had received tremendous support from the Cancer support team at Force and afterwards I was put in-touch with Balloons. I know from experience that support through tough times is vital so working with the Trustee’s is my way of saying a huge thanks to all at Balloons who helped me and my girls “dust ourselves off and get back on the horse” as my late wife would have said!

After working in a variety of fund management roles for over 30 years in 2017 I took the decision to buy a leisure business in Devon and find a series of non exec roles. I joined Balloons as a Trustee in June 2020 and sit on the Finance sub committee as well. I am a member of the Chartered Financial Analyst and have extensive financial and strategic planning experience.

Rob is the Director of Finance and Resources, and Company Secretary at the University of Exeter Student’s Guild. He is a Fellow of the Association of Chartered Certified Accountants and has worked in a range of Finance and audit roles over the last 20 years in Charities, private practice and social enterprises. He graduated from the University of Kent at Canterbury with a BA Honours degree in History and Classical Civilisation and has as MBA from Edinburgh Business School. Rob joined Balloons in 2016 and became Treasurer in 2020.

Originally from Cambridgeshire, I moved to Devon in 2018 after eight years in London. I have worked in the charity sector, specifically Fundraising, for over ten years. It’s all I have ever wanted to do. I am passionate about helping people, animals and the environment and want to make a difference. Wellbeing and Mental health are also subjects close to my heart. I am proud to be a Trustee for Balloons and admire the work they do in helping provide support to children and young people.

Amanda joined balloons as a trustee in 2013 and chairs the clinical governance and safeguarding committee. With over 20 years of experience as an educational psychologist Amanda now runs Sunrise Psychology, providing psychological services to a group of schools within Devon. Amanda has a strong interest in supporting children’s emotional well-being and is passionate about and committed to the work that Balloons does in enabling children and young people to have a space to communicate about their loss and grief. Amanda also teaches mindfulness to adults and to children.

I have been a trustee of Balloons since the beginning. I became involved due to my work in the criminal justice system, I came across  so many young people involved in drugs, alcohol abuse and violence. Many of these young people had been bereaved and there was no where to go in this area to get help.

I have lived in Devon for 24 years, having moved here from Hong Kong.

Steve is an accomplished executive operations director with over 20 years’ experience implementing business solutions, process improvements, and financial planning in the education, charitable and commercial sectors.

Steve has been working with Local Authorities, Education Trusts and commercial companies in the education sector, since 2003 as a trusted external advisor. Having been a Director of Operations and CFO of a growing MAT with several schools and having brought in a centralised finance and operational structure, Steve fully understands the challenges within schools, the young people agenda and has tested solutions to these.

Having held several interim senior posts both as director and CFO, he appreciates the need for first class communication and stakeholder engagement at all levels. Steve brings all this experience to the Board of Trustees at Balloons, as well as good humour and a penchant for good coffee!

Charles is a retired NHS Consultant Paediatrician who has been a Trustee of Balloons since the early days of the charity. His professional interests were in community child health, child safeguarding and the interface between Paediatrics and the  Child and Adolescent Mental Health Service (CAMHS). He has also served as a Magistrate in the Youth Court. Thoughout his career he has been well aware of the potential deleterious consequences of unresolved grief on the physical, mental and emotional development of children and young people and has sought ways to mitigate these ill effects.

Since retirement he has acted as a Trustee to various local charities and enjoys carpentry and singing in a choral society.